3 Lovely Reasons: Why Do Cats Lick Each Other? 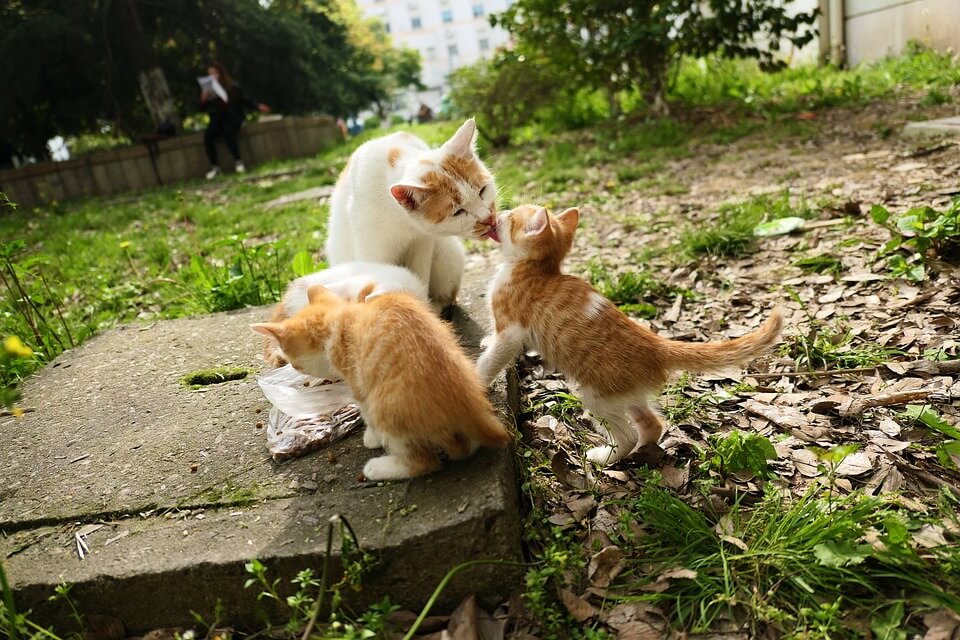 There is no doubt that cats spend half their lives grooming themselves. You will be amazed to know that most of the cats spend almost 15% of their time in grooming. And another surprising fact is that the rest of the time they are asleep. So, it’s like a non-stop activity for them. We know that licking themselves is a self-grooming thing. But what about licking other cats, do they have the same reason for that too?

How often you see cats licking each other?

Typically, the main reason cats groom each other is because they are showing a gesture to express affection. Another reason would be to help a fellow cat in cleaning. So, here we will learn all the possible reasons why cats lick each other.

What are the reasons for cats to lick themselves?

Licking is not just functional conduct, but it is also a physical display of confidence. It helps them to express their consent towards each other. This is mainly a social behavior, and there are several reasons to do so.

1. Cats Lick Each Other For Bonding

The primary reason for cats to lick each other is to strengthen the bond among their kind. You might even notice that even the hairless cats lick themselves and each other eventually. The primary purpose of exhibiting this behavior is to show their trust in each other. Similar to trust exercise licking gives them an opportunity to be vulnerable in front of each other. But it is not necessary that the same thing will happen with each cat.

2. Cats Lick Each Other For Protection

The main scenario when a cat licks other cat is to protect it. You might have seen that when you brought a new kitten to home, your big cat started licking it. A cat does that to make the new cat feel comfortable and safe around the house. Few cats have difficulties to socialize with other cats. But not all cats see the other cats as a potential taker of their love. It is entirely up to you that you introduce the new member of the family to your already existing family. As the cat starts licking and grooming the guest, this gesture will transmit the sense of tranquility in the other cat.

3. Cats Lick Each Other to Express Love

Cats are most likely to lick someone in their family to make their ties strong. It is not essential that there must be some kind of blood relation between them. Usually, a cat forms a firm and robust bond with another cat when they grow up together. They treat each other like family and licking is the primary way they express their love towards each other. One other thing that cats do just by licking is leaving their personal aroma on the cat. This marks the cat as one of the family members, and it distinguishes the cat from outsiders.

So, if you see your cat licking you, then you are a lucky one because they count you as their family member. Isn’t it so lucky? The same thing they do with their kittens. If they don’t lick them and free them from the outside smell, then this could lead to rejection in the family.

Well, honestly speaking, there have been specific scenarios when a cat licked the other cat because they noticed some kind of illness. In such cases, the cat will lick only a particular area where the health problem resides. But you don’t have to worry that much. Chances are there that the cat is just hurt or have a small scar or wound that would heal. If so, then licking will surely help. But if you see some uncommon signs, then there is a probability of having kidney issues, heart problems, or some kind of pathological problem.

As the cat will try everything they can to comfort their fellow cats. So, don’t ignore the signs, and take your cat to a vet immediately.

What are the strange licking behavior signs in cats?

As we have already discussed that there are several reasons why cats lick each other. But the reasons simply signify that their primary purpose is to share a bond with the other cat.

But you have to be careful; licking is a part of their grooming routine but not entirely safe. If one of the cats catches some kind of infection, then as the other ones help the cat, they will catch the infection too. This can lead to severe illness. However, you will also come around moments when a cat is simply licking the other cat and end up biting it.

So, be cautious no matter how sweet and polite your cat is. This way, you will be able to keep everyone in the family safe. As you now know that licking is not that strange, you might let your cat lick you every now and then to show affection.