How Do Dogs Mate? 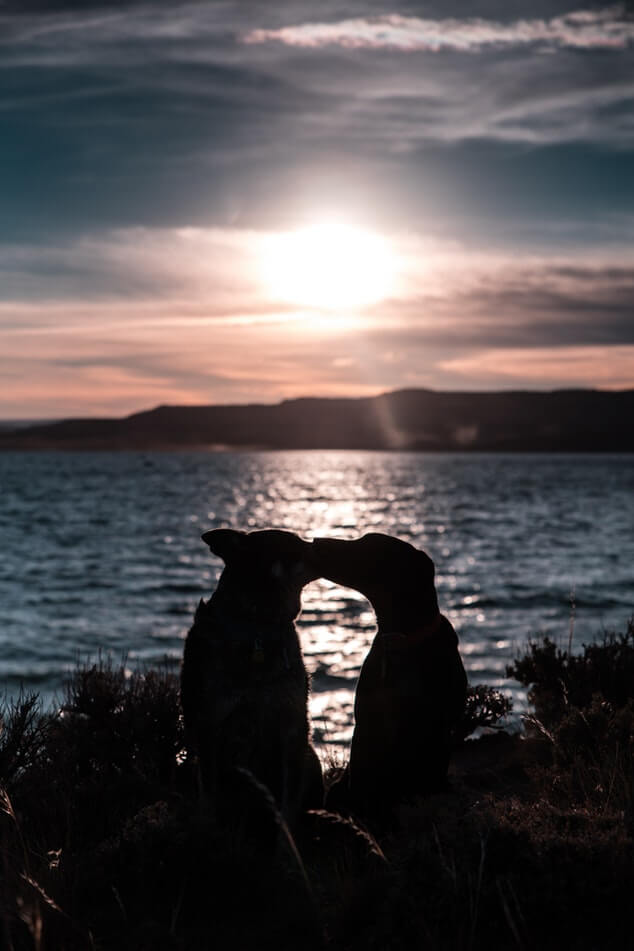 Mating is an essential part of keeping the species going, be it animal, insect, or human. Dogs are no exception; the urge to mate is a natural one. However, young dogs new to mating or breeding will sometimes have a hard time figuring out how to get it right. So, How Do Dogs Mate?

Overall, how dogs mate is a complex and interesting process that, while similar in part to how humans mate, is also quite unique.

Domestic dog breeds reach sexual maturity, also known as puberty, between the ages of 6 to 12 months. Some larger dog breeds are the exception, known to have delayed puberty of two years or more.

Generally speaking, female dogs are only sexually active while under the influence of their estrus cycle. That’s more colloquially known as “being in heat.”

Male dogs have a higher libido and are not held to a cycle when it comes to being sexually active. This means that males can mate at any time, while females will reject any sexual activity unless they are ready.

Female dogs are able to achieve pregnancy from the first estrus cycle. However, but breeding experts advise against breeding females until their second estrus cycle.

When females are not experiencing the estrus cycle—which generally lasts anywhere from 2 to 4 weeks—they are physically unable to achieve pregnancy. Therefore, their rejection of sexual activity during the rest of their reproductive cycle is likely an evolutionary response.

Unlike humans, dogs do not mate solely for pleasure. Also, the female will not accept sex every day of her heat cycle. In fact, breeders often have to keep an eye on their females for signs that she’s ready to mate.

Just because she’s in heat doesn’t mean she’s immediately ready for sex. This often makes the breeding process very complicated. Beginner breeders often have to research thoroughly or rely on the expertise of a more experienced breeder to guide them through the process.

Dogs can actually be injured during the mating process, especially if they are young and don’t know what they’re doing. So, despite the mating process being a natural one, dog owners should approach it with due diligence. Be sure to do your research and be highly involved if you wish for your dog to breed safely.

Like the majority of four-legged animal species, dogs mate in a position that has earned the common nickname “doggie-style.” Doggie-style is when the male dog mounts the female from behind, with his two front legs on either side of her body. They do this in a bid to keep her still and retain his balance. His hind legs generally rest directly behind the female.

Before the actual mounting occurs, the male will usually sniff the female’s vulva to check if she is in heat. If she is in a non-sexually-active part of her reproductive cycle, or her heat cycle, she will often reject his advances. She will do this by snapping her teeth at him, lying down, sitting, or otherwise avoiding the male.

If the female is willing to receive the advances of the male, she will do something called “flagging.” Flagging is when she stays still and moves her tail to allow him unrestricted access to her vulva. From there, the dog will sniff and lick the vulva to assess if she is the right match for him to mate with.

A dog’s penis has two kinds of tissue that swell up when he is about to mate. The first kind affects the penis itself. However, the swelling is minimal, just enough for the male to insert himself into the female. The penis itself does not become erect. So, this is made possible by a small, narrow bone known as the baculum.

The second kind of erectile tissue is what makes up the glans and fills it at the appropriate timing during mating. This erectile tissue swells massively, but only after ejaculation.

At that point, the glans expands so impressively. This makes the male is actually unable to withdraw from the female for an extended period of time. The phenomenon is called the copulatory tie.

At times, you might have seen a dog dismount with his penis still inside the female. This means he is physically attached to her during the copulatory tie. He needs to wait for the area right beneath the glans—also known as the bulb — to deflate. As well as for the female’s vulva to relax its muscles. This can take anywhere from 5 minutes to an hour. It depends on the breed of dog as well as their age, and even what they ate that day.

It’s not uncommon to see a male dog dismount and turn so that they’re facing in opposite directions. This usually happens with the male’s penis remaining in the tie all the while. It is to allow them both to rest while they wait out the cool-down process. Imagine standing on your hind legs for an hour—that’s the dog equivalent of a human remaining in a “plank” position. Not fun, and pretty tiring.

Some professionals suspect that they also do this to aid the ejaculation process along. Other animal species also do rest in this butt-to-butt position after sex, not just dogs.

If in a calm and in an appropriately tranquil environment, the female usually won’t move or react during the process. However, if the female is a virgin, it’s not uncommon for her to react negatively during the copulatory tie. This is because the feeling of the glans swelling in her vulva is an uncomfortable and unfamiliar one.

As a dog breeder, you should be wary of this reaction. You should be ready to keep the female calm and steady so that she doesn’t try to run. If the female attempts to break the tie, it can result in injuries to both the male and female. To ensure a safe and successful mating process, you should keep them as calm and as still as possible. This is until they are naturally able to detach.

In conclusion, dogs mate in slightly more complex ways than humans do. The actual process from penetration to male climax is typically much shorter, but the ejaculatory process is noticeably longer.

The female does not experience orgasm, and she accepts mates only during a short period of her heat cycle.