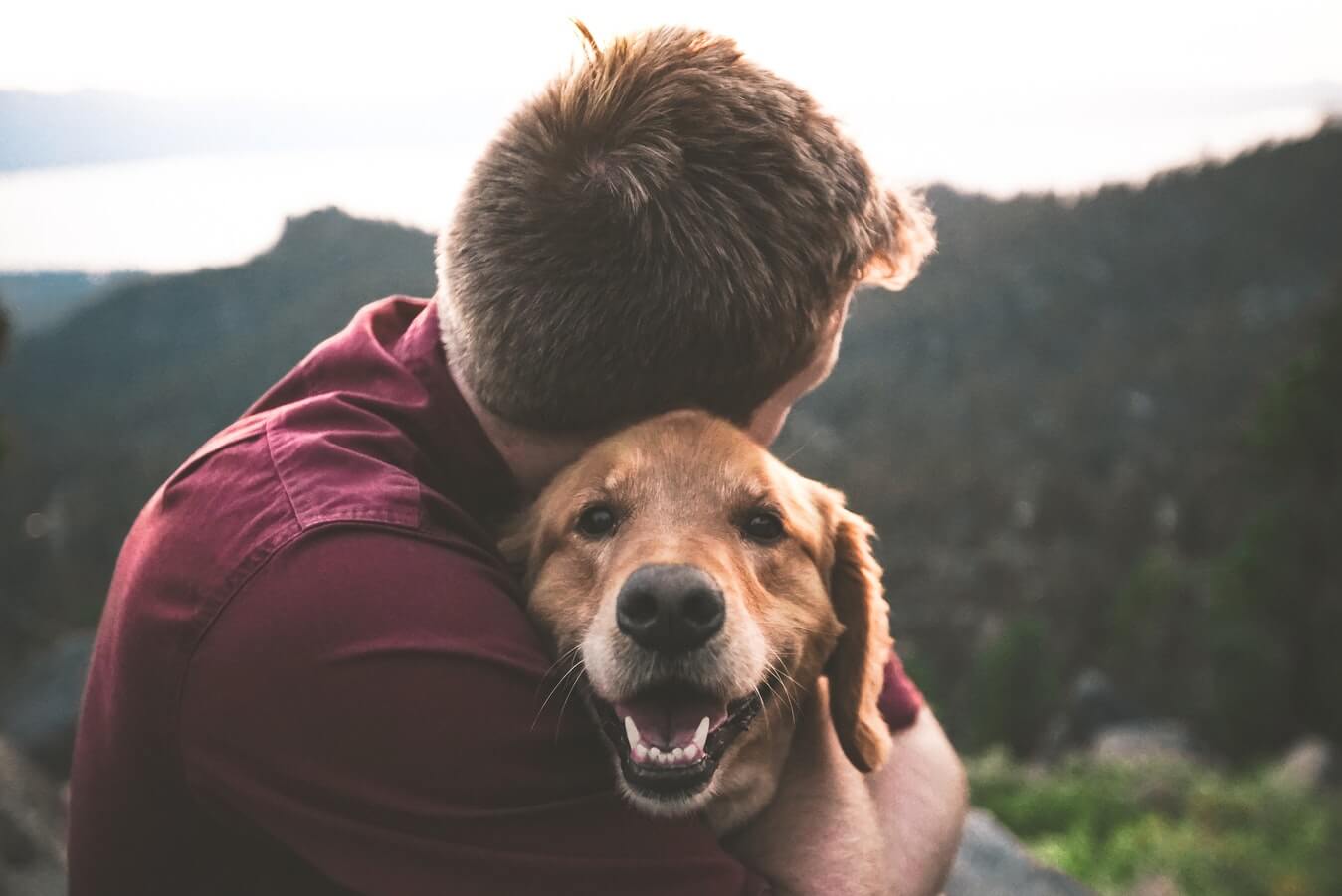 Dogs have become a favorite household pet because of their friendly and loving demeanor. They are known far and wide as man’s best friend because of their un-ending loyalty to human beings, especially their owners. Human beings love hugs. Hugging promotes the release of oxytocin which leads to feelings of trust and bonding. Because we love our furry companions, we would like to imagine they feel the same way we do when we hug them, but do they really?

A lot of evidence supports the notion that dogs dislike hugs. If you take your time and browse through the internet, you will see numerous posts of people “chilling” with their dogs, arms wrapped around them all smiles. Observe the dog. Is he smiling? Is he hugging his own back? Most of these photos end up looking very awkward because love seems to be one-sided.

Canine evolution was entirely different from that of primates. While they walk on all fours, primates walk on twos. The manner in which limbs are used in both is altogether different and associated with various events and feelings. For example, if a dog places his paw on another dog, he is likely doing this to show dominance over the dog. When you put your arms around a dog, they tend to feel like it is an act of dominance. A lot of dogs, especially pets, have already become used to this and have subsequently become more comfortable with the action. This does not mean that they love hugs. The dog might smile and act happy when it is hugging a familiar person but act very distant when hugging a total stranger.

Research has shown that most children get bitten by dogs while trying to hug them. Yikes! For this reason, it is vital that children receive proper education on how to communicate with animals.

Dogs that are not used to living with humans tend to react negatively to hugs. They show feelings of fear, anxiety, and discomfort when hugged and this suggests that they loathe it. Scientists have revealed that dogs feel a lot of stress when embraced because they were not “made” to cuddle but rather run and be free. Cuddling restricts their freedom making them uncomfortable. Common signs of stress in dogs include; lowering their heads down, growling, struggle to escape, flattened ears and wide eyes.

Behaviorists believe that the body language a dog displays while hugging them is enough to reveal his true feelings about it. Most dogs tend to tense up, lean their heads in the opposite direction as you, avoid eye contact, pull their ears back and sometimes even lick their lips. They respond in this way to show total submission and nervousness. As humans, we tend to imagine that our behavior and animal behavior is pretty much the same.

Anthropomorphismattributes behaviors that are unique to human nature to other beings, in this case, dogs. When humans hug their dogs, and they react excitedly (wagging their tail, licking your face), we immediately jump to the conclusion that they enjoy the hug. Maybe they were just excited for other reasons. Maybe your face smelled like beef or their favorite treat. We tend to push feelings and ideas onto our dogs and in so doing, make biased conclusions about their behavior based on our own knowledge.

As a human being, I really do not enjoy getting hugs from strangers. I believe dogs feel the exact same way. It intrudes on personal space and can be very annoying to someone. It is very unfair that we would expect dogs to just welcome strangers with open paws and eyes filled with joy. They feel just as uncomfortable as we do. It is quite rare to come by a dog that hugs strangers with open limbs.

Many people believe that dogs love hugs. Dogs have been domesticated for so long that they have learned to borrow some characteristics of human behavior as their own. Because we love hugs, they too will take this positively and love hugs. They can tell that it is a sign of affection and even actively participate. Some dogs will happily wag their tails and even lick your face when you engage them in a hug.

Dogs live for human approval. They like to make us happy and therefore will do pretty much anything we ask for. This is why after a while of living with a dog, he will have carefully studied what makes you happy and seek it as much as possible. Acts such as hugging and petting are just a few that indicate dogs seeking approval. Even the least affectionate dogs eventually adapt to your personality and if you like hugs, they will too. They will slowly start to ask for hugs themselves by laying their head on your arm. There are videos on YouTube that demonstrate owners are embracing their dogs, and once the hug ends, the dog pats their arm gently to indicate that they want another hug. Some will even jump on you while panting happily wrapping their anterior limbs around you.

Dogs tend to enjoy hugs more when the person in question is their owner or lives in the same house with them. They grow comfortable around them and are able to express all their emotions around them.

There is very little scientific evidence that suggests that reaching out for a hug could result in a dog biting you. In all truth, dogs bite people when they feel threatened or stressed. They may also bite if they believe that you are threatening something they adore, like a chew toy sitting next to them. Behavioral Scientists should conduct enough experiments to back up their claim because the truth is, dogs are not as intelligent as human beings.

You May Also Interested In: 10 Best Dog Toys Reviews and Buyer Guide

I believe that the question of whether or not dogs love hugs is relative to individual dogs. Some adapt to their owner’s personality and behavior and gladly welcome hugs. Others are very stiff and unaffectionate, therefore disliking hugs. Dogs also have different characters and whether or not they enjoy hugs is partly dependent upon this. You can’t teach or force your dog to like hugs, and you should therefore just go with their flow.