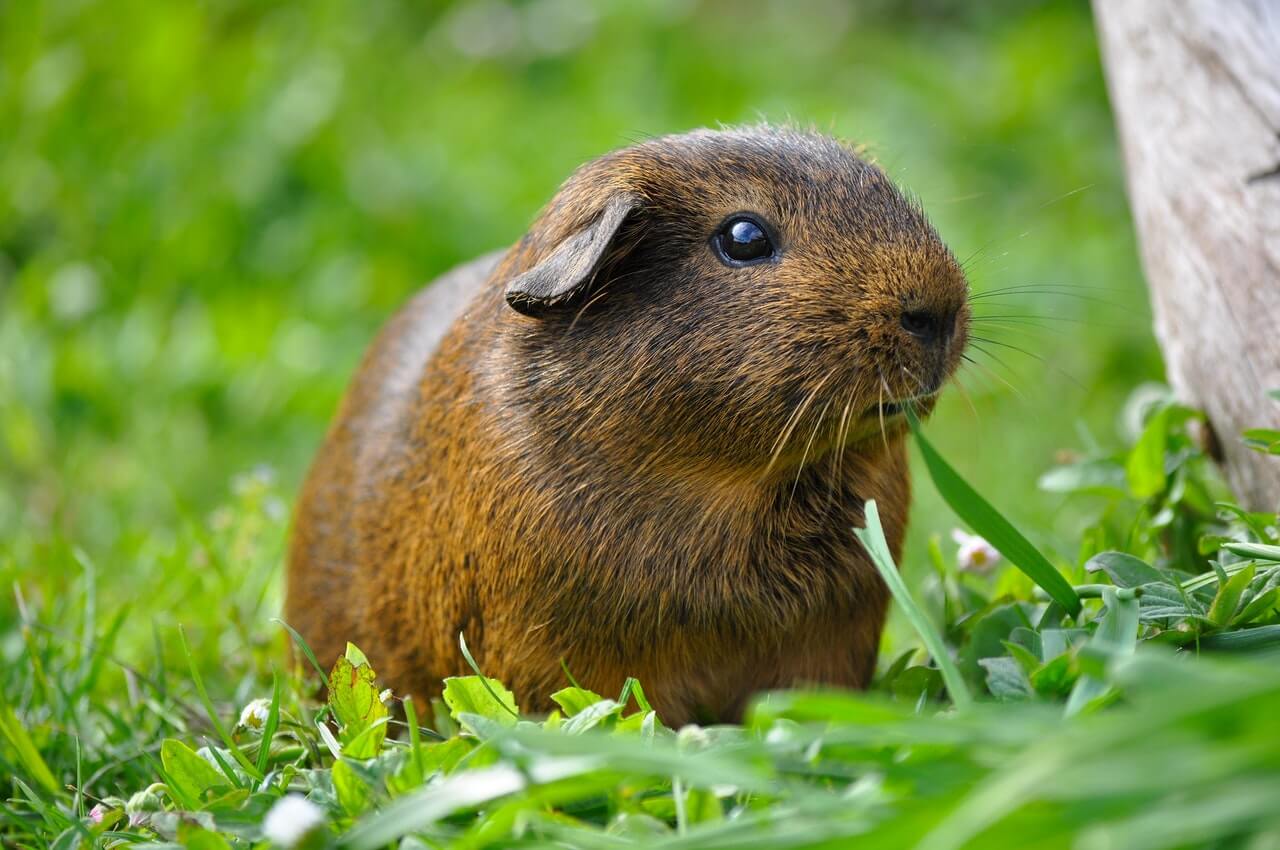 Guinea Pigs obviously don’t speak human language, but they have their own way of communication. The sounds and their body language can express their emotions all too well. You might not understand when they are happy or want to play, but one emotion they could express very clearly is aggressiveness. Yes, you must be shocked to find out that Guinea Pigs are aggressive.

So that now you know they are aggressive, you must be willing to find out how they display this emotion and how they handle the aggression.

Why Do Guinea Pigs Get Aggressive?

Guinea Pigs are considered very social animals and don’t get in disputes. But when they are mocked, they can seriously harm their companions. The cavies can live in harmony with other cavies, but ups and downs always come in the way. It is recommended that you must never keep the pigs with the same sex in the same cage.

It often happens that the males fight with each other for dominance. Sometimes the female Guinea Pigs also find some reasons to fight and create a mess. But it is not just the dominance for which Guinea Pigs fight; there are other factors too which are responsible for their outrageous behavior. Some of the common issues that might cause these sweet pets to lash out are due to the age factor and hormonal problem. The stroppy age of 3 months to 15 months is very complicated. As the Guinea Pig is still growing and adapting to the environment, it takes time to get familiar with the surrounding and adjust. And during the same age period, the hormones are also increasing. Even in the warm season, the hormones of these pets increase significantly inducing the aggressive behavior.

One other thing that affects their behavior is being around a female. Many factors such as lack of space, change of environment, bullying, and illness, all can cause issues in the behavior.

Guinea Pigs are known for making a variety of sounds which could be recognized by the owners easily. The vocalization can be so clear sometimes that you could hear it from far away places. You can quickly identify these voices if you pay close attention and know that your pet is angry about something.

A Guinea Pig who is angry about something will make this noise. It is a sign that the Guinea Pig is angry and agitated about something. If you hear the sound then doesn’t risk going anywhere near. You will also notice that he is showing its teeth which seems like he is yawning. It means that the pet wants you to stay away from him.

You would have heard that people whine when they are annoyed by something. When Guinea Pigs dislike something and gets annoyed, they also whine.

How They Express The Aggressive Behavior?

It is not just the sound that can display anger of the Guinea Pigs. They also express their feelings with the body language. The posture and movements of the animals could tell you a lot about the emotions. Thus, you can analyze their actions and determine that they are angry. Usually, when they are angry, they do the following things.

They would most probably raise their hind legs and keep them stiff. Then shuffling around from side to side on those stiff legs is also a common indication of aggression. The fur on their body will fluff out, and it seems like they are yawning and their teeth will be visible. The yawning will be accompanied by the hissing or teeth chattering. If the Guinea Pig is doing something like that than he is entirely ready to start a fight.

Another sign is Fidgeting. If your pet fidgets when you hold them, that means they are in a rush and wants you to let go of him. If you don’t let go, then there are chances that he might bite you. They would also toss their head in the air when they are getting annoyed while someone is petting them. The tossing is done so that you would take your hands off of him.

But the problem it is not just you, they can express their anger upon, the companions are more at risk if the Guinea Pig is angry. It would easily pick a fight and could severely injure the other Guinea Pig. Thus, you have to keep an eye on them to check if they are fighting.

How To Stop Them From Fighting?

If you see Guinea Pigs fighting, then you first have to identify whether it is a fight for dominance or they are just fighting for no appropriate reason. You will need to separate them as safely and check if any one of them got hurt. It will be better if you keep them in different cages from now on because the same thing would happen again in the near future. You can try to re-introduce them after an interval and see if they get together. If they don’t, then living apart is the ideal choice for them.

But you have to be careful while separating them during a fight. As both of them are aggressive, they would bite you instead of in the aggression. So, instead of taking them out, put a barrier between them such as cardboard so that they can’t get access to each other. Guinea Pigs bite hard when they are in pain or scared, thus ensure that it has nothing to fear now and let them come to you. They will nibble a little bit, but it is entirely up to you how you handle them.

So, now you know that no matter how adorable someone looks, it can always deceive and your sweetest pet might end up hurting you in aggression. So, train your Guinea Pig to be friendly and to adjust with its companions so that all of them can live happily together.