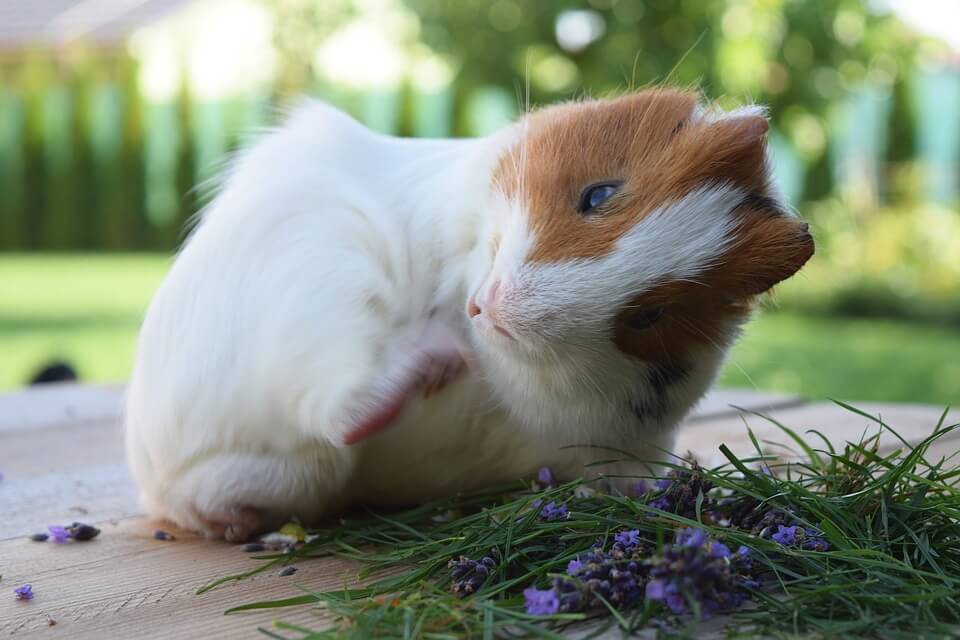 What I love about owning a guinea pig is that they’re small, easy to care for, and so cute! But if there’s one thing I’ve always noticed, it’s their tails. Or at least, their lack of it. I always thought that it was just hidden under their thick coat of fur, but it got me wondering: Do guinea pigs have tails?

I’m sure I’m not the only one who’s thinking about this as well, which is why I did the research! So if you want to learn more about your guinea pig’s body structure and if they do have tails, then read on!

The Skeletal Structure of the Guinea Pig

Before getting into the technical stuff, let me answer your question first: NO, guinea pigs don’t have tails! What you might be seeing are “fake” tails, which I’ll be getting into later on. Let’s first learn about its skeletal structure.

Guinea pig bodies have 258 bones, which already include its skull, breastbone, and ribs. The spinal cord has between 32 to 36 bones, including the tailbone (I’ll get into that in the next section).

They have 43 bones on their front legs and 36 at the back. Though a lot of bones, it doesn’t make the guinea pig agile when jumping or landing, which is what makes them different from rabbits and squirrels.

It’s also the reason why they don’t like to climb, jump, or burrow! While they aren’t the most agile or active creatures, they do use their bones for running or foraging for food.

Like mentioned, guinea pigs don’t have tails, but they do have tailbones! Just like us humans, we both have tailbones without the tail at the end. Take note that there’s a difference between having an actual tail and tailbone.

Guinea pigs have seven tailbones that don’t protrude and create the tail-like appearance. However, there are some rare cases that it may happen, though, on healthy and normal guinea pigs, they don’t have any.

Rather than the long trailing tails were used to on rats or other rodents, guinea pigs have “tails” which are just like ours- close together, tucked beneath our pelvises.

Again, guinea pigs do NOT have tails. They’re a type of mammal known as Cavies, which don’t have tails and this is what makes them unique! However, some people may claim that their pets have tails.

That’s not the case, and we can say that this is merely a fake tail. If you have a Peruvian guinea pig or one with a rough coat, it may seem like they have a tail outside their body. This is because it has cowlicks on your pet’s coat, which isn’t connected to its bones or spinal cord at all.

You can keep the tail or remove the appearance by regularly brushing their coat.

Why Don’t They Have Tails?

You’re probably wondering: Why don’t guinea pigs have tails anyway? Isn’t it needed or don’t all rodents have tails? Here are some compelling reasons why:

Bonus Tips on Caring For Your Guinea Pig’s Body

Now that your question’s answered, what can you do to care for your guinea pig’s body properly? Here are some essential tips to follow:

When owning a guinea pig, it’s essential to ensure that you’ve known all about them. Yes, this also includes the way their body works and how to care for them properly. So if they don’t have tails, don’t fret- It’s totally normal!

Hopefully, this article answers your question, “Do guinea pigs have fake tails?” Now that you know all about the guinea pig’s structure start caring for your little pets properly now!