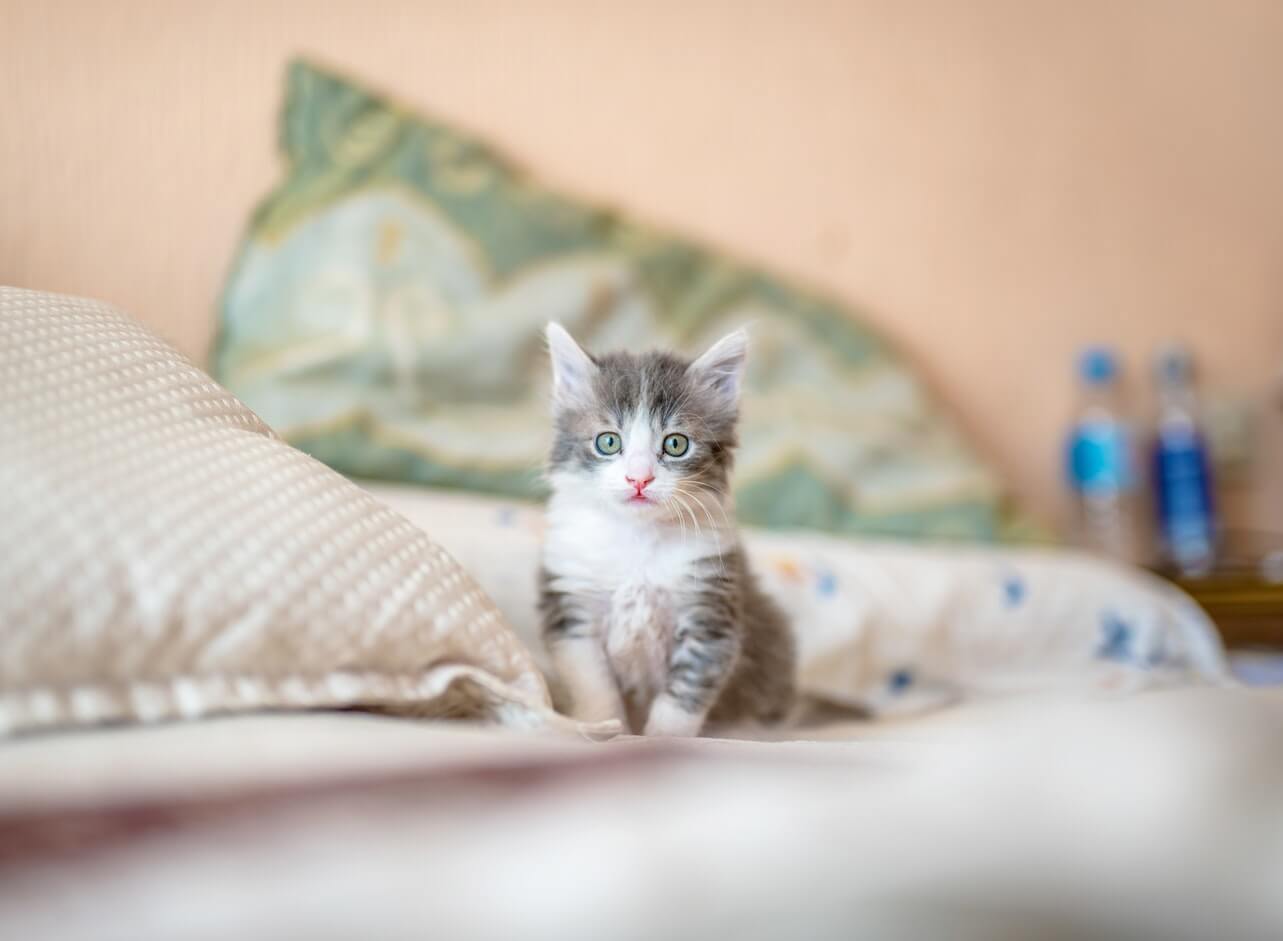 We get to see small cats everywhere. They have the habit of squeezing into a small container and box. Moreover, they like to hide in small areas.

A lot of us know that dogs grow in a variety of sizes and shapes. Some dogs can comfortably fit in little teacups, whereas some bigger ones often prove that they are lapdogs.

But what about those tiny, cute cats? Why is it that cats don’t seem to have the extremes in size as dogs do? Why do all domestic cats seem to be of the same size? What is the biggest and the smallest breed of cats in the world? Do all cats grow in size? Are there any chances that cats always stay small?

Why Are Cats Small Yet Flexible?

According to the Ecology Global network, there’re more than 600 million small cats in the world. It includes strays, homeless feral cats, and pets. It may be correct to say that dogs are the best friends of humans. However, it is also interesting to know that cats are more popular as pets than dogs.

In the US alone, there are about 70 million dogs vs. 75 million cats as pets. A group of several cats is often called “clowder” or “glaring.”However, A “tom” or “tomcat” typically refers to a male cat. “Queen“ means an unspayed female. Juvenile cats are “Kittens,” and a “Sire” refers to a male progenitor cat.

Cats, like most mammals, have seven cervicals,13 thoracics, seven lumbar vertebrae, three sacral, and some caudal vertebrae. The additional lumbar and thoracic vertebrae improve the cat’s suppleness and spinal mobility.

Unlike us humans, a free-floating clavicle attaches their forelimbs to their shoulders, and this enables them to pass through any space that fits their head.

Most cats have five front paw claws, and four on the rear paws. They usually extend these claws when hunting or in self-defense, kneading, climbing, and as extra traction when walking or climbing soft surfaces.

The Smallest Breeds in Cats

Want to include a cute cat to the household? Then you might need to do as much research about your future pet as you can. So here is a list of the smallest domestic cat breeds in the world.

Singapura is a breed of cat that is known to be the smallest in the world. It is a beautiful cat who has large eyes and ears. Females are often smaller and more delicate than males and typically weighs about five pounds. Males are a little heavier and can weigh between 6 to 8 pounds.

This affectionate and cheerful breed is also familiar to us for its unique coat, wherein each individual’s hair is always of two shades. Besides that, these cats are brown at the tip and Ivory at the base. It gives the cat’s fur a beige color, which is similar to that of a cougar.

With a short, beautiful coat which comes in four colors (chocolate, blue, seal, and lilac point) and a sleek, slim figure, the Siamese is an elegant looking breed.

Because they are chatterer by nature, these cats are outgoing, social, and depends a lot on human companionship. Furthermore, this breed can get lonely when left alone and does best when around people.

A hybrid first developed in the 20th century, Oriental shorthairs has the same built as their Siamese ancestors but a little bit on the smaller side.

Although their body parts are similar, the Orientals come in many more pattern and color varieties (over 300). This breed is a lot less communicative than the Siamese but are naturally curious and loves joining in their owner’s activities.

A medium-sized cat with females averaging 5-6 pounds, while the males average 6-7 pounds. With soft, wavy hair coupled with an egg-shaped head and long legs, Cornish Rex is an unusual looking cat. It seems like this breed is friendly and affectionate, and therefore, loves being with people.

Refined and generally smaller than other breeds, the Japanese bobtail has a muscular build and weighs between 6-10 pounds. It’s most striking feature is its short tail which is around 4 inches in length and often curls into a corkscrew shape, making it appear even more succinct. It is a bold and loving breed which can make a good companion animal.

A rare breed with a built similar to the Siamese; the Burmese cat can be divided into 2types. The European Burmese has a longer and narrower muzzle with a smaller head and with colors that go beyond the usual brown.

The contemporary Burmese has a shorter and broader head, and muzzle and the color are generally brown. Burmese is an energetic, playful and friendly breed who loves being with people.

With appearance almost similar to the Cornish Rex, this breed is stockier and has a broader face. It has a short coat that is wavy in appearance which looks like a washboard. They are independent but friendly and stays out of trouble whenever left alone.

Despite being on the smaller side, LaPerm is a capable and sturdy breed which can quickly transform from being a hunter to a house cat. Known for its curly hair, its coat comes in a variety of colors and can be either long or short.

Known as an old country cat with a history that dates back several millennia. Long and graceful with large ears, they are famous for their silky coat. They are faithful and can get along with anyone.

Which Breeds of Cats Don’t Grow?

True miniature cats are a result of breeding lines where the size and trait have been or is being manipulated or controlled through the process of selective breeding. Tiny cats are consistent with small sizes due to progressive downsizing or genetic mutation.

Modern trends show that less careful breeders charge high prices for under-sized or runty cats. Breeders of genuine miniature cats pay particular attention to their health and hygiene as well as the homes the cats will settle at!

These reputable breeders take great care in avoiding excessive breeding to ensure the health of their female cats and constant widening of their gene pools.

These are domestic breeds which, due to a genetic mutation has the condition of dwarfism. The munchkin is the first breed of the chondrodysplastic or short legged dwarf cat.

By outcrossing it with other normally proportioned cats, some dwarf breeds are developed. The Dwarf Cat Association set the different dwarf breeds as follows:

In addition to Dwarf cats, there are a few customarily proportioned dwarf breeds. Usually, they are popular with the name of “teacup” or “mini.” Some may be because of a condition which is similar to humans, known as primordial dwarfism.

There are various groups of Toy Persians and Teacups currently being bred, some of which are due to spontaneous mutation while others due to consistent selection and breeding of the smallest individuals from each generation and progressively downsizing the breed.

There are numerous small cat breeds in the world. However, these cats should not be mistaken for those who do not grow. These breeds are usually “specialty cats.” Hence, their breeding takes place by manipulating the normal growth process.

So, are there cats that don’t grow and stay small? The answer is a definite yes.

Loading Comments...
We use cookies to ensure that we give you the best experience on our website. If you continue to use this site we will assume that you are happy with it.Ok