What Dogs Do Police Use? 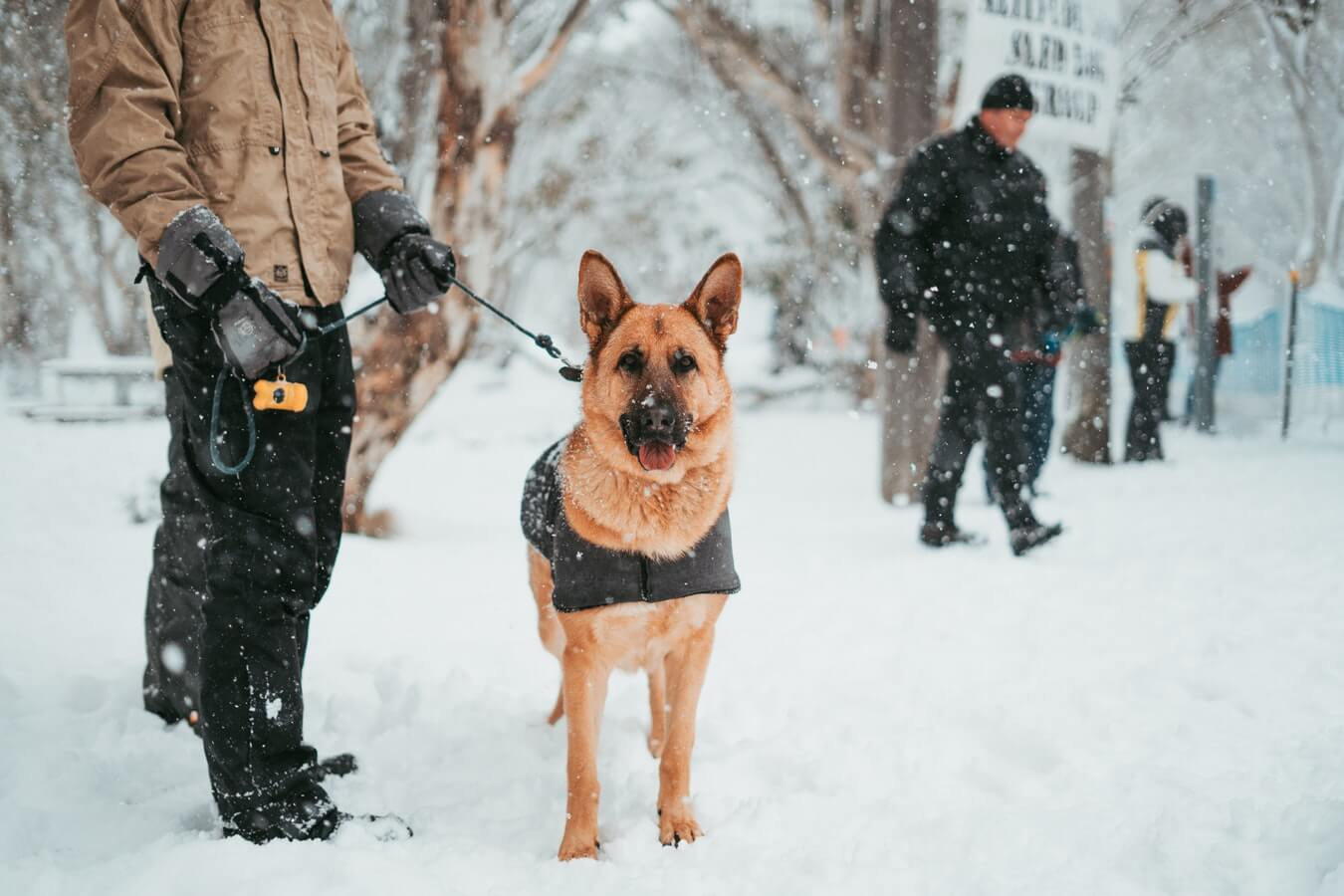 Dogs have been the most loyal companions to man for ages. As you probably already know, dogs have closer relationships to man than any other animals. In our family homes, they are pets to the average citizen. However, to the police force, they are known as “K-9.” Here, they are explicitly trained to assist law enforcement agencies to successfully perform duties such as sniffing out a criminal from their hideout or chasing after a suspect on the run.

There are very many species and breeds of dogs in this world today. However, not all dogs have the traits to become a police dog. Which leaves us the question, what dogs do police use? In a nutshell, police use few selected varieties of dogs. These dogs must possess some special skills and pass through training before they can officially be termed police dogs.

Dogs have offered help to the law enforcement agencies from time immemorial. The British and Germans were the first nation to use dogs, and the earliest police dogs were bloodhounds. These dogs were especially preferred for their excellent tracking skills. Later on, around the 1880s and 90s, law enforcement agencies in other parts of the world embraced canines into their systems. There were a series of dog trials in the quest to fight crime, with different levels of success achieved.

As the police force got more modernized and organized, so did police dogs. Over the next few decades, law enforcement agencies in Germany and Belgium implemented the first dedicated training programs.

In many countries today, a k-9 police dog is regarded as a bona fide police officer and has lots of duties attached to him. These dogs are treated well and receive maximum care and respect, just like a regular human police officer. Even better, their lives are no less precious than those of their human colleagues. Indeed, if you kill a police dog, you will face criminal charges similar to those you would if the victim was a human being.

What Dog Breeds Do The Police Use?

There are varieties of dog breeds that the police use. Some of them are discussed below.

German Shepherds will undoubtedly be the first on the list whenever law enforcement agencies begin a search for a dog breed to buy. These dogs have more than 200 million scent receptors in their noses. This makes them very efficient and reliable in air scent.

German Shepherds are smart, fast, and fearless, and are very good at bringing down suspects. Today, they are used in rescue and search missions all over the world. German Shepherds are extraordinarily brave and do not easily back down even if you are holding a weapon.

These are excellent companion dogs and are known to be very intelligent. Labrador retrievers were initially trained as hunting dogs. They are now used due to their outstanding ability to sniff out narcotics and detect bomb. Labrador retrievers move around various airports where immigration officers use them to identify illegal immigrants and other fugitives.

Just like the German Shepherd, beagles have great smell receptors. Their ability to sniff out people and prey from their hideouts has made them popular among the police as well as hunters. The police also use them to detect contraband.

These dogs also have a high level of smell receptors and have great ability to sniff out explosives. They are loyal and respond very swiftly in emergency situations.

Bloodhounds have more scent receptors than any other dog breed; about 300 million in total. They follow scent both in the air and on the ground. Therefore, bloodhounds are undoubtedly the best tracking dogs. They have the strong stamina that also makes them except when it comes to trails.

Basset hounds are of French origin. They are low in stature, giving them the advantage to follow a scent trail on the ground.

Boxer is loyal and stable dogs. They are flexible and are known to be great messengers. This means the police can train and use them to run a few errands.

Doberman Pinschers have an intimidating look, just like the German shepherd dogs. Also, they are intelligent, courageous and swift. They are trained to apprehend fleeing criminals and are also used as sniffers to detect illegal drugs.

What Do Police Dogs Do?

The following are some of the actions that police dogs perform;

Dogs have a high sense of smell, with some having more receptors than others. As we have already mentioned, the bloodhound is the dog breed with the highest sense of smell. It boasts about 300 million smell receptors compared to the receptors in human beings that stand at approximately 5 million.

The police use the dog’s scent ability to their advantages in fighting crimes. When it comes to detection, dogs are specially trained to detect illegal drugs, contrabands goods, and explosives. The police also use them in crime scenes to know if they would pick any leads.

Police dogs are trained to be able to approach and attach criminals. The German shepherd dogs and Bloodhounds are especially useful in apprehending criminals. When they attack, they do not back down, not even for fear of sustaining injuries or losing their lives. Police dogs have occasionally put their lives on the line to save their handlers.

The more significant part of the work of police dogs is about search and rescue. These dogs are trained to search for lost or missing victims. The dogs may also be deployed to locate victims that are lost in the forest such as hikers, those kidnapped or trapped in an area, as well as discover the drowned bodies of victims under water.

Police dogs are trained to locate both living victims as well as sniff out the remains of a dead victim. In the wake of a natural disaster, these dogs are released to comb the scene irrespective of the condition of the area. Unlike human police officers, police dogs can cover vast distances and miles of a space within a short time.

Some dogs are trained to assist in crowd control during protests or riots.

The most critical aspect of police dog training is obedience exercise, endurance, and agility. Obedience is what keeps the aggressions of the dogs in check. They must obey the commands of their handlers and know when to advance with an onslaught or hold back.

Each dog is trained according to its specialty. Some of these specialties include searching for drugs, explosives, and guns, tracking missing persons, crowd control and apprehension, and many more.

Their training programs can last between 3-5 months, with daily routines. If the dogs pass the required test, they can enter the service.

Because of the rigorous training involved, a dog must have attained the age of about 18 months to be enrolled in the police academy. By then, it’s considered no longer a puppy and able to cope with stress.

The police dog can work for 4-7 years depending on his health and overall lifespan. When he retires, he will be given back to the owner for a little fee. Needless to mention, police dogs also wear badges on their neck, just like the insignias and badges put on by human police officers.