What Dog Breeds Have Blue Eyes? 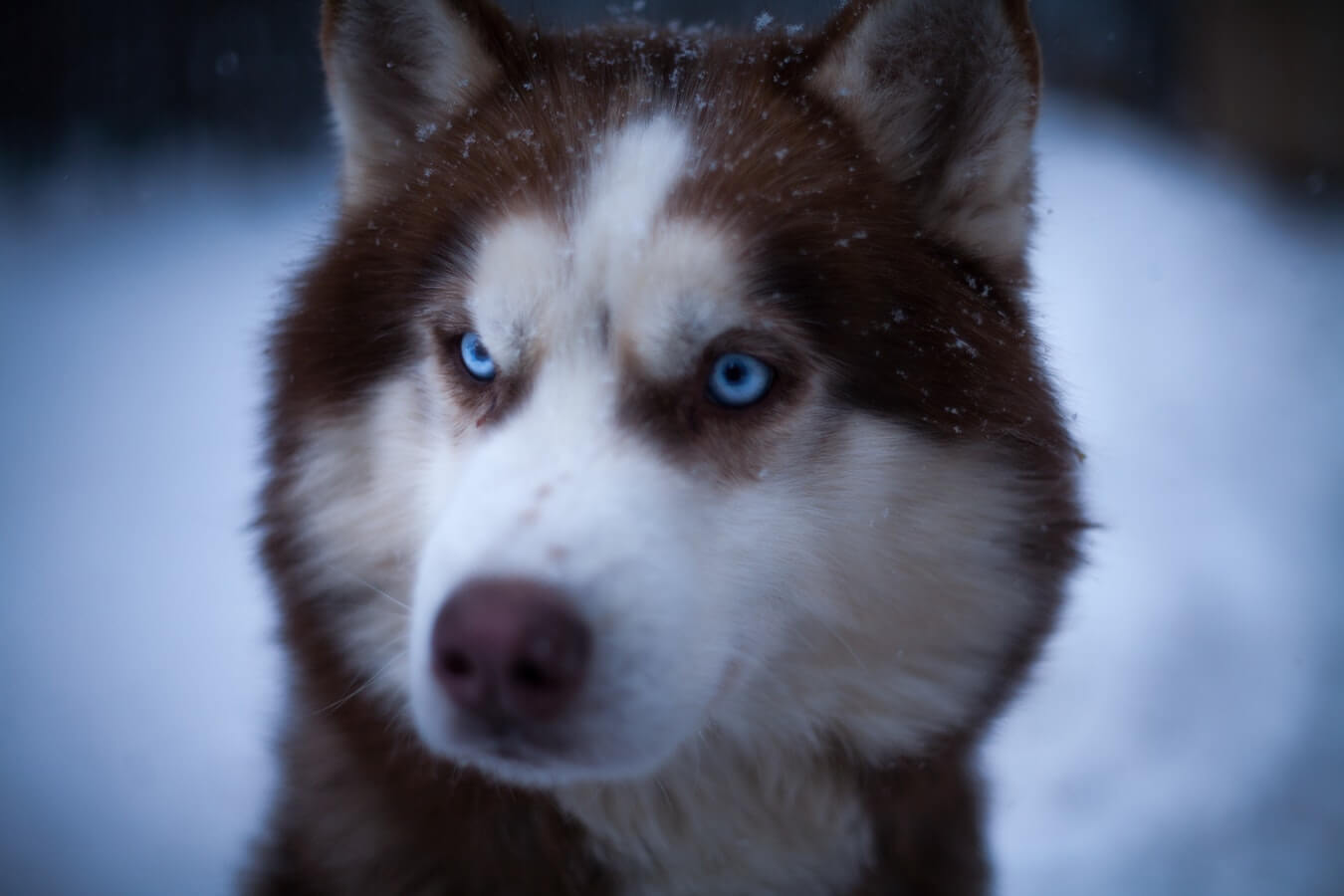 Have you ever seen a black dog with stunning blue eyes? This rare sight can be downright captivating and entrancing. You may ask “What dogs have blue eyes?”. If this is a veiled question that might lead to a visit to the pet store, there are some things that you should know first.

Before you consider purchasing or even adopting a dog with blue eyes, you should check into what those eyes might mean regarding the health and longevity of a dog.

What Causes Blue Eyes In Dogs?

Most dogs have colors based on brown in their irises ranging from amber to dark brown, and every shade in between. Also, some dogs have blue eyes, and some have blue mixed with a brown shade.

Other colors are possible, and many of these come from mixtures of the basic shades of color that exist in the eye tissues of a particular dog.  Surprisingly, blue colors in a dogs’ iris signal a LACK of pigment, not an additional pigment. A trick of light is responsible for this, but it is a delicate coloration that does not depend on pigment.

White light can sometimes be separated into its constituent colors by scattering through prism-like structures in the iris of the eye. The conditions that exist in the eye, when the normal brown color is missing, can favor one color over the others.  You guessed it —– blue is the most common color favored.

There are some dog breeds that either typically has, or always have, blue eyes regardless of any other bodily colors. These are the breeds; Siberian Husky, Australian Shepherd, Dalmatian, Border Collie, and Shetland Sheepdog.

There seem to be two main ways that dogs can end up with blue eyes. Let’s explore them.

A common route to blue eyes in certain dog breeds that causes external tissues to have patches of cells that cannot make as much pigment as the other cells can.

It causes larger patterns of light and dark fur and sometimes even the skin of dogs who have this gene.

If a light patch of fur or skin cells happens to include the areas around an eye, that eye can be rendered blue by a lack of pigment in the cells that make up the iris.

Most importantly, is vital to be aware that gene can cause severe problems in some cases. The Merle gene, like other genes, can be inherited from the mother, the father, or both.

If a dog has inherited this gene from EITHER the father OR the mother, all is well. No problems will result from this combination.

If a dog inherits the Merle gene from BOTH parents, the result can be blindness, deafness, liver and kidney problems, and even early death.

There is also a particularly bad combination of genes that are very nearly always fatal, and it has spawned the name of “deadly white.”  You most certainly do not want to breed two dogs that would result in this combination.

Therefore, it is particularly important to know the genetic lineage of a dog concerning the Merle gene.

Dogs That Carry The Merle Gene

Genetic analysis is a highly complex subject. Consult with a veterinarian or a well-known dog breeder for help if you have found a blue-eyed dog among these breeds.

In some areas of the world, breeding dogs that both have a Merle gene are considered illegal and inhumane due to the suffering that it can cause.

This refers to a different gene that has nothing to do with the Merle gene. It is an entirely separate genetic pathway to blue eyes that also results in insufficient pigmentation in the cells of the iris.

This gene does not usually cause any problems and is the only way to obtain a dog with both blue eyes and dark coloration in the same areas.

Refers to another gene that causes a severe lack in pigmentation that affects the dogs’ entire body. All cells lack pigment.

This rare condition, also present in humans and other animals, is caused by yet another gene. This one does bring with it problems that are similar to the double-Merle condition, but these dogs do not have double-Merle genes.

This gene causes a much wider range of problems in a higher number of tissue types and organs. Sometimes the situation can be very serious or even fatal.

If your dog quickly develops blue eyes after having had brown eyes, a severe eye disease may be the cause.

Cataracts can cause a milky-white color that can be mistaken for light blue. Glaucoma can cause tissues in the eye to change, possibly losing their pigmentation which will turn them blue.

Other Diseases That Can Cause Eye Color Changes Are:

Heterochromia is the name of the condition that yields a dog with two different colored eyes. This can be the result of any of the influences of dog eye color that are listed above.

Heterochromia does not appear to cause any problems itself, but if one of the eyes is blue, this can indicate that this dog may suffer from the same problems listed earlier.

There is NO indication that having only one blue eye reduces the severity of possible problems in half. With genes, you either have it, or you don’t, regardless of the degree of expression (regardless of its effect on a particular individual).

The various forces that shape the color of dogs eyes, skin, or fur are fascinating and can become overwhelmingly complex at times.

Blue eyes in a dog are beautiful and aren’t necessarily an indicator of trouble. However, it is wise to consult a professional before purchasing or adopting a dog because it has one or two blue eyes.  Your heart may thank you someday.