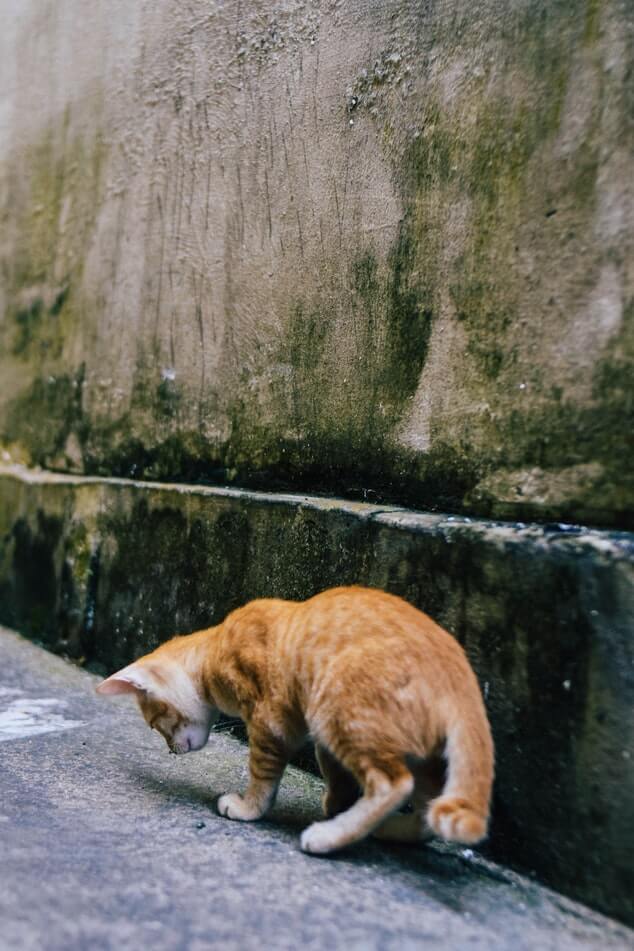 Cats have an incredible way of bringing affection. When cats glide our way, there is always that impulse to hold or stroke them. This rhythmic action of stroking them feels good.

When a cat sits and curls up in your lap, or purrs herself to sleep, it becomes almost impossible to picture it as a fierce predator.

However, once you try and introduce a mouse in the picture, the gentle cat suddenly springs into an alert and somewhat an unusual stance.

What Are Common Cat Behaviors?

What should you do when you notice a cat baring its belly? How about those moments when you see its tail suddenly twitching? Why is your cat peeing on your personal belongings? Why does your cat stick its back up whenever you run a hand from its head to its tail?

There are a lot of fascinating ways a cat can behave. Sometimes, we humans are just not sensitive enough to understand their subtle behavior.

There are times when cats use controlled signs of body language. The slightest movement of the ears or a minor flick of the tail sends messages that are worth more than a thousand words.

To help you know your beloved cat completely, here we are sharing a list of the most popular cat behaviors.

Twitching their tail is a sign that your cat is signaling disapproval. To show aggression or hunting behavior, a cat pulls the tip of the tail while holding it straight and low. The more the tail moves back and forth, the unhappier the cat is. A rapid movement of the tail also indicates a threat to another cat or human.

Aside from doing this during their morning stretches, it is common for cats to squeeze in different situations. Kittens commonly rub their mother’s bellies while feeding. They often do it to acquire the most milk.

Kneading is also a sign of play along as well as affection. Sometimes kneading means that a cat is marking its territory. Along with the pressing paws, you’ll likely hear some purring. It can only mean that your cat is feeling good!

Is there anything else that can be as cheering as the smell of a freshly baked bread? Perhaps it’s the sight of a cat that’s just loafing around. It is just like your cat contentedly lounging in a warm corner of the room, or pleasantly basking in the heat of the morning sun.

An average body temperature of a healthy cat falls between 100 to 102.5 degrees Fahrenheit. So whenever you see your cat loafing around, it’s likely that they may just be feeling drafty and trying to keep itself warm.

If there is one cat behavior that humans are most familiar with, that would be cat purring. A cat purr is produced by the in and out the vibration of the larynx.

Humans often perceive this as the cat being content and happy, but in reality, cats do this for a variety of reasons. Although it may be true that this is one sign of acknowledgment and affection, cats also purr when they feel anxious or scared.

After a meal, cats may sometimes paw around their dish to try and hide their food. Or sometimes the cat exhibits this behavior when their litter box is not clean enough. It is a habitual behavior and relates to burying a carcass after a successful hunt. It is a way a cat attempts to cover its tracks.

Curling into a tight ball when they take rest is a natural way for mammals to keep warm and safe. It’s quite similar to a bird who tucks afoot or a wing to its feathers when it sleeps.

When a cat exposes its belly, it signals comfort and satisfaction, or even playfulness. This behavior may also express trust or a defensive stance against taller animals.

Known to interrupt workspaces habitually, cats love sitting on keyboards. Why do they like doing this? Well, cats like the warmth of a plugged-in computer. Sometimes though, it can just be purely for grabbing the attention.

At night when you’re enjoying a deep sleep, your cats may be running around. This term describes your cat’s nocturnal activity. It’s an inherent behavior that excites a cat for nocturnal preys at night. It can also be a sign that your cat isn’t getting enough playtime during the daytime.

Tubs are excellent hiding places and can have the same appeal as a cardboard structure to your cat. That explains why your cat enjoys bathroom fixtures a lot.

Most cat family members hunt alone and at night, except for the lion. This predatory aggression continues to provide valuable service.

This behavior is learned and mostly intuitive. Kittens learn to hunt by observing their mother. Through trial and error, they learn to perfect this skill.

When prey animals cross their path, some house cats react instinctively. Owners are sometimes shocked when their pet presents them with a half-eaten rodent. It reflects a cat’s “maternal behavior,” which causes a cat to return to it’s young with prey.

A cat’s instinct is to carry it’s prey to a specific area, but whether to eat it or not depends on some factors. What’s important to understand is that predatory cat behavior is normal.

For some cat owners, restricting a cat from hunting is cruel. Cats can express and practice predatory behavior when they are allowed to roam outdoors.

Feral cats are more likely to hunt and kill mice than house cats because they have less access to food and will have to hunt to survive.

Many cat owners are confused why their pets insist on eating mice when there is plenty of commercial food on their bowls. The answer to this is in the cat’s ancestry, biology and hard-wiring.

Less than a century ago, people kept domestic cats for pest control because of their hunting ability. Their hearing is extremely precise that they can find preys by merely tracking auditory cues.

Cats eat mice and other small creatures to keep moisture in their body. Cats don’t drink a lot. Instead, they can acquire moisture from the prey they consume.

Felines also consume prey for ‘taurine.’ It’s an essential amino acid, and cats are not able to produce enough of this in their body, so they need to consume it in their diet.

Although human protection may have allowed them to hunt during night and day, domestic cats are generally born hunters. Kittens demonstrate pouncing behavior as early as six weeks old.

Domestic cats hunt less than outdoor or feral cats because they seldom have access to mice. On the other hand, feral cats are taught by their mothers how to kill prey. That is why domestic cats often play with hat they catch. It is because they don’t know what to do with it.

Not all cats understand that “mouse” is their food. Some only catch mice out of instinct because of the mouse’s erratic twitching movements.

Still, some felines are very well able to stalk, catch, kill, and eventually eat mice. It is normal for your pet cat to hunt a mouse and eat it.

It may seem a bit gross, but these cats probably think it’s fun and natural. Hunting prey is a basic, instinctive cat behavior and this is why it should be exercised as a regular activity.