Do Cat Tails Have Bones? 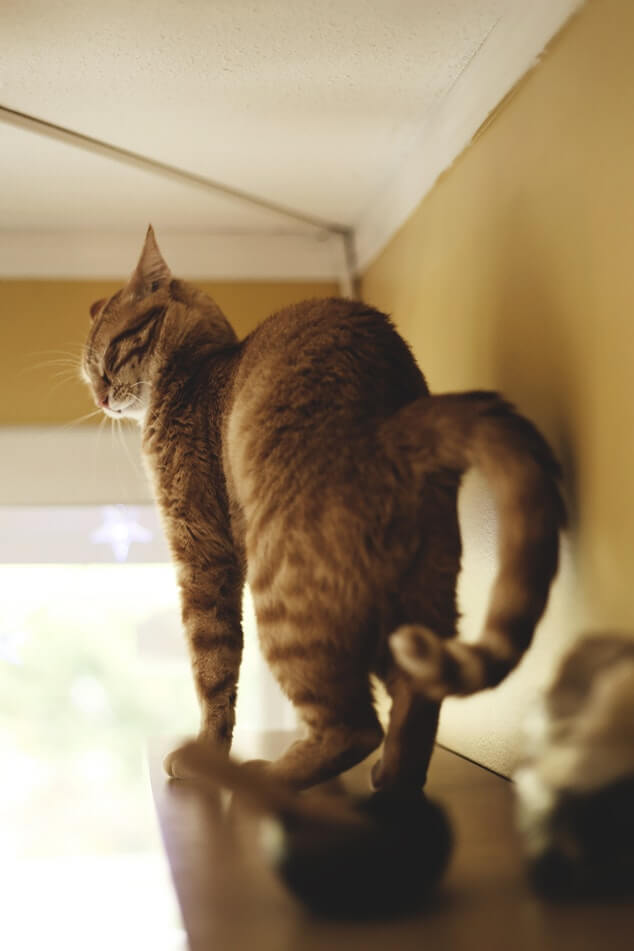 When you see a Cat wiggling its tail here and there, a question would surely come to your mind. Do cat’s tails have bones or not? Many people have a conception that a cat’s tail doesn’t have any bone in it. However, it is wrong. The tail does have bones in it and serve a great purpose for cats.

The fact that people are unknown is that even humans have a tailbone. However, by the time they become an adult, the 3 to 5 bones fuse become one bone. But the felines system doesn’t work that way. They have several tail-bones and more than humans for sure. The number of bones into the felines system is a lot higher than humans. Well, there is a lot to be discovered about the tails of the felines, and here we will discuss the most interesting facts about cat’s tails.

How Many Tail Bones Are There In Cat’s Body?

An adult cat has a total of 244 bones although the number of bones differs according to the number of toes a cat has. Scientists believe that there is a physical anomaly in the cats in congenital, which is termed as Polydactylism. Cats with this anomaly have 18 toes on their body raising the total number of bones. So, the number would become 254 with an increase in toes.

Moreover, you will be intimidated to find out that among those bones; almost 18 to 23 bones are present in the tail. That means that 10% of the body’s bones are in the tail of the cats. The number might vary according to the breeds of the cats, but the variance is hard to notice.

What’s the Purpose of Cat’s tails?

Most of you would think that the first answer is balance. However, no, the primary purpose of the tail is communication. Then the second purpose would be balancing. However, the tail’s need does not limit to the most obvious reasons. It also has some other additional functions which we will discuss.

The cats use their tail to communicate with others because they usually talk with their body language. The tail will indicate the mood of the cats. You can find out her mood just by looking at her tail.

It is easy to interpret the mood of the cats just by looking at it. If the tail is all curled up at the top and makes a question mark that means the cat is friendly and you can pet her.

If you see the tail is curved beneath the body that means your cat is feeling nervous or afraid of something. Instead of rushing to get her in your arms, wait for her to come to you. Sometimes, a sudden scare will puff up the hairs on her tail. In such a condition, please leave her alone.

If the position of the tail is upright and held high, that signifies that the cat is confident and happy and wants to play. You can offer her treats, cuddle her or play with her as long as she is happy.

A relaxed cat will keep her tail free and moving low. The tail will be in horizontal position and signifies that your cat is in a neutral state of emotion. The position of fear and relaxation are quite similar. So you better notice carefully to identify the cat’s feeling.

If your cat has its tail in the downward direction and it is straight, that means she is feeling aggressive and agitated. Anything you do can make her more aggressive, and she might attack you. So, try not to engage her or pet her. Let her neutralize and deal with the thing that’s bothering her.

Other than communication the other functions of the tail also have their significance. It helps as a counterweight to help the cats to walk on narrow surfaces such as fences and chair. The tail also helps them to take sudden turns while running. It is also used to keep the felines warm.

How Can Tail Injury Harm The Cats?

People think that a cat injury won’t affect the cats that much. However, the tails are not for balance and physical purposes. The cats tail might not extend all the way up to the spinal cord, but its nerves are still connected.

The nerves that go from the spinal cord to the tail help the cat’s control and provide sensation in the various parts of the body. The tail houses many nerves and muscles that have some significance in controlling their urination and defecation system. The damage can be permanent for the felines and hider the functioning of their hind legs, bladder, anus, and large intestine too.

The damage will overstretch or damage the nerves and could lead to an inability to walk, hold their tail, and sometimes causes chronic pain. Thus, the tail injury could lead to severe health issues in cats. Even though the cats can live without tails but if the tail is amputated due to an injury, the cat will gradually learn to live without it and how to compensate for the loss.

There are some cats which are born without tails, and they don’t have any issue in living their lives and performing the same task as other cats.

The cats would eventually learn to live without the tails but are essential that you also take care of them. The tails might not be that much necessary, but it is undoubtedly helpful for the cats. The tail alone is a part of the feline body which has quite interesting facts about it. The use of the tailbone can be spectacular and surely makes a difference in the cat’s life, but it is not a mean for happiness.

So, now the people know that cats do have bones in their tail and the tail also serves a purpose in their existence.