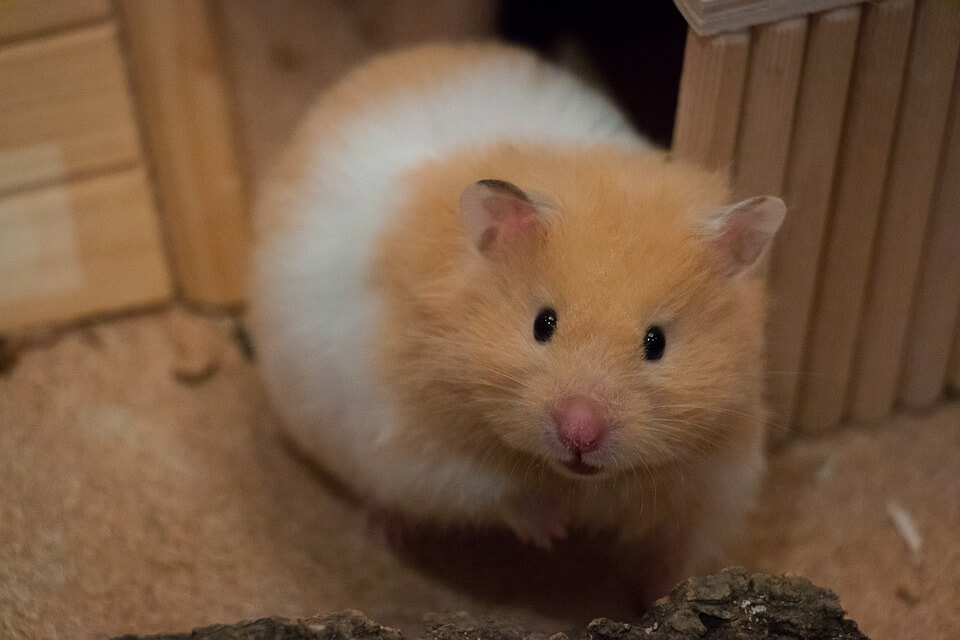 Many hamster owners have the same question in their minds “Are hamsters mammals?” We will be answering this critical question in this article.

But before we begin with it, let’s find out what do the authors think about this question. According to the book “Mammal Species of the world,” 3rd edition, authored by Wilson and Reeder, there are currently 5,416 different species in existence.

However, these figures do not remain constant because scientists all over the world are continuously studying the subject, and finding new species each year.

When it comes to hamsters, there are currently no definitive statistics available on their new overall population. Experts state that there can be19 different hamster species, and out of which, we can keep only five as pets (the Roborovski hamsters, the Chinese hamsters, the Syrian hamsters, the Campbell’s Dwarf hamsters, and the Winter White Russian Dwarf hamsters.) So, let’s move to the question – are hamsters mammals?

First of all, to find an answer to this question, it is necessary to understand what mammals are. What are their main characteristics? How do we differentiate mammals from other species? What are the physical and behavioral attributes that make mammals distinct?

Mammals are vertebral species that fall under the class Mammalia which in the Latin language means “breast.“ According to some paleontologists, the first mammal was discovered around 160 million years ago.

The mammal is a shrew-like animal which feeds on insects that inhabit the ferns on freshwater lakeside shores. The first origin of mammals emerged during the late Triassic and early Jurassic periods, which gets us back to about 120 years ago.

Almost all mammals own mammary glands. These are glands made up of connective tissues and mostly found in the female breast and are responsible for milk production.

It develops during the pregnancy, and changes occur such as the rapid proliferation of the ductal systems and alveolar structure formation. However, milk can only be produced after childbirth.

2. The Growth of Hair

Most mammals have hair. It is characterized by the threadlike extensions on a mammal’s outside skin. Its functions include regulation of body temperature, facilitation of perspiration evaporation, and protection from environmental factors.

Only mammals have sweat glands. It originates from the Latin word “sudor,” which means sweat. The sweat glands emit a clear fluid known as perspiration. Most animals have less number of sweat glands than us.

You‘ve probably wondered why we never see dogs and cats perspiring like us humans. Well, that is because they have very few sweat glands. Only monkeys, apes, and horses have enough sweat glands for them to secrete like humans.

Most mammals are warm-blooded. However, not all of them have enough sweat glands, that is why they need to find other ways to regulate their temperatures.

Examples of this include dogs who are panting to cool themselves and a pig or a hippopotamus rolling in the mud and keeping cool by letting the water in the mud evaporate from their skin.

Other less unique characteristics of mammals are a live birth, going through a determinate growth, and having a four-chambered heart.

Hamsters are small animals classified as rodents and fall to the subfamily “Cricetinae,” which includes about 25 species that further divided into six or seven genera. They are more nocturnal by nature and hides underground in burrows during the day to avoid the possible attack of predators.

Physically, hamsters have short tails, small ears, and stubby legs. They have rounded bellies, and their furs usually come in different colors. They have thick furs that can be long or short depending on the breed.

When it comes to size, the smallest hamsters belong to the species “genus phodopus,” with bodies averaging 2.2 – 4.1 inches. The largest would be the “European hamster” (Cricetus ) which can grow up to an average of 13.4 inches.

The earliest hamsters we know of were first seen in Syria, although they are also commonly seen in China, Greece, Belgium, and Romania. When it comes to their social behavior, some hamsters seem to be at ease with the presence of others, while others prefer to hide. Most hamsters are gentle, which is why they have become a favorite domestic pet, especially for kids.

How Do Hamsters Birth

If you put two hamsters of the opposite gender together, females will likely to get pregnant immediately. The gestation period lasts about 15-20 days until the female hamster gives birth to its litter.

Newborn hamsters are blind and can see gradually after two weeks. Female hamsters can conceive at least two to three times a year. A hamster’s lifespan typically lasts about 1 to 2 years, but some hamsters can survive up until they reach three years in captivity.

According to the research of “International Union for Conservation of Nature and Natural Resources,” some hamster breeds, especially the Golden hamsters, are in danger of extinction. It is because the hamster’s natural habitat is either destroyed or being taken over by agriculture and human development.

Hamsters, along with gerbils, mice, guinea pigs, squirrels and beaver, all belong to the rodent order of mammals. They share the same characteristics of mammals such as being warm-blooded, having hair on the outer covering of their bodies, and having sweat glands.

They are also able to carry their growing babies in their wombs until they are old enough to live outside the body of the mother.

Hamsters are also capable of live birth, and just like all mammals, they have mammary glands from which their babies feed once they are born.

Hamsters are obviously one of the cutest domestic pets around us. Physically, they are like small balls of fur, and their short tails add up to their cuteness. However, it is also essential for us to know where our hamsters came from, what kingdom, and what group of species they belong to.

The facts presented here in this article proves that hamsters belong to the rodent group of mammals. So the answer to the topic question as to whether hamsters are mammals? It’s a definite “Yes.”