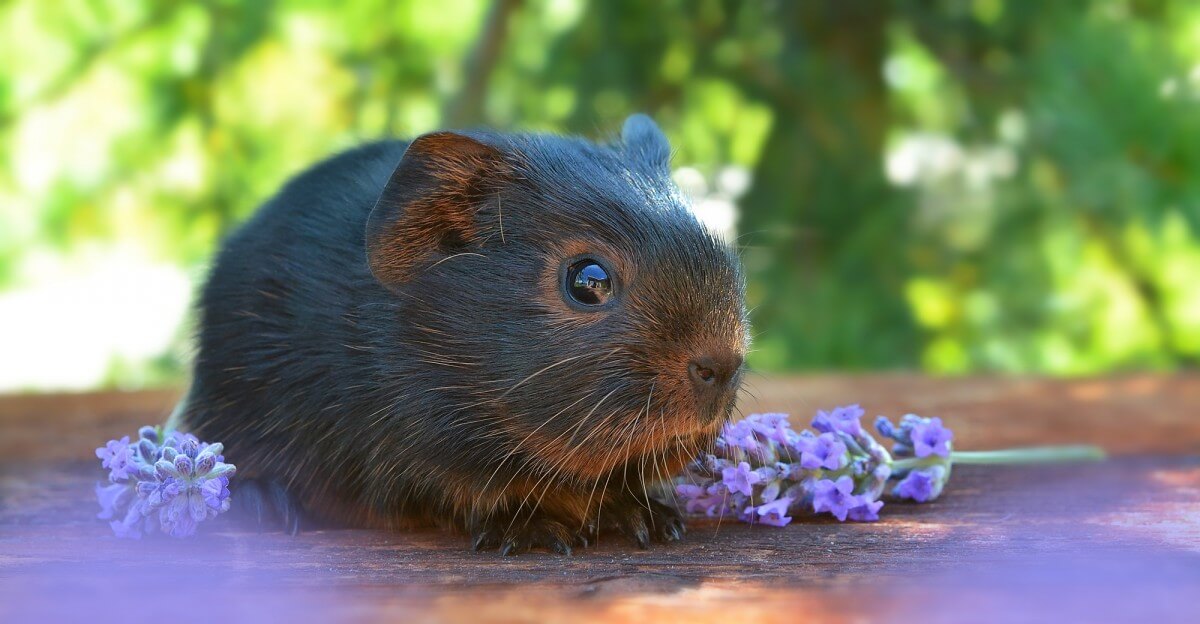 So, you are finally all set to get a pet. However, the wide variety of choices makes picking the right pet a difficult task. You want to have something that is nice and cute, but you dread the responsibility of a dog or a cat. Well, how about guinea pigs?

Every time we think of ‘cute‘ pets, these creatures always make it to the list. And why not? They are playful, adorable, and also come in different colors. Many experts recommend them as an ideal children’s pet.

In this article, we aim to answer some common questions regarding Guinea pigs. It’s origin, behavior, and reasons why Guinea pigs are one of the smartest members of the rodent family.

A Few Things About Guinea Pigs

Guinea pigs (scientific name: Cavia porcellus) or Cavis as they are widely known, originated in the Andes region of South America. It is a significant member of the rodent family and was initially being domesticated for food.

During those times, the animals were also widely used by traditional doctors to diagnose certain diseases. Presently, the practice of raising them as a regular food source is still prevalent in some countries like Peru, Columbia, Ecuador, and Bolivia.

It is not sure how these creatures were referred to as “pigs,” although they may take on an appearance that can be somewhat similar to that of a pig. Big heads, rounded rumps, fat necks, and a voracious appetite.

Guinea pigs are also able to produce a sound very similar to what pigs can produce. And one reason why they are easily transported on the ship to faraway places like Europe is that they can survive in small enclosures, much like pig pens.

When it comes to ‘guinea‘ in the guinea pig, this is even harder to explain although there are a few proposed explanations regarding it. Some suggest that this may be because the species was transported to Europe by traveling through Ghana. Others think that since “guinea” is often used to refer to faraway places, the name may have been used to denote the animal’s exotic appearance.

Considered to be the largest of rodents, full-grown pet Guinea pigs weigh an average of 700 to 1,200 grams. Some livestock breeds weigh up to 3 kilograms. They also average 20-25 centimeters in length.

When it comes to their lifespan, a pet guinea pig average 4-6 years but there are a few who reach eight years. The oldest guinea pig to ever survive reached 14 years and 10.5 months, according to the Guinness Book of World Records, 2006.

Most guinea pigs have fur, although some breeds have longer ones such as the Silkie, Texel, and Peruvian.

Guinea pigs are not very agile creatures, and they have poor climbing skills. They startle easily and tend to freeze in place when sensing a threat or an imminent danger. They are famous for “popcorning,” which are little hops guinea pigs do when they are happy and excited.

Guinea pigs are self-groomers and survive well when in a group. Their primary way of communication is through certain sounds that they make which includes whistling, rumbling, purring, chattering, chirping, and shrieking.

Since their molars are perfect for grinding plants and that it grows continuously during their lifetime, the ideal food for Guinea pig would be “grass.” One thing that makes Guinea pigs different is their need to consume some of their feces (coprophagy) to supplement their diet.

Poor diet amongst Cavis can lead to the development of metastatic calcification, muscular dystrophy, teeth problems, and vitamin deficiencies.

Female Guinea pigs can breed the entire year, and this can result to up to 5 litters. Pups can walk and eat solid food immediately, although they may continue suckling from their moms.

Females and Males generally have the same appearance, except for the size wherein the males are usually about 30% bigger than the women.

Reasons Why Guinea Pigs Are Smart

Guinea pigs are often on top of the list when we talk about cute animals. In this part though, we will focus more on what few people are aware of. Is there anything more than the cuteness they have to offer? When is the best time to teach them stuff? Are Guinea pigs smart?

Unlike other small animals with short memory span, one of their greatest assets is their fantastic memory. Guinea pigs easily remember tracks and ways, making them very efficient when solving mazes.

They also remember different voices, and their names so that they will immediately respond to a call from their owners. In this area, guinea pigs are smarter than other rodents.

Like all rodents, Guinea pigs are naturally nocturnal. However, their good memory allows them to remember specific cues, such as when it’s time for feeding. As an owner, this makes it easy to train the pets as to which schedule to follow and avoid them being such a nuisance during the night.

This adaptability to sleeping schedule is one of the advantages of getting a guinea pig as a pet over other rodents.

3. Friendly when it comes to kids

Guinea pigs have ways of sensing whether their owner is a kid or an adult. They are very gentle and will rarely bite, making them ideal first pets for children.

Since they are self-groomers, the only thing you have to ensure when caring for a guinea pig is to always supply them with enough food and water. They are very sensitive, and once they know that they are under care, they will usually create purring sounds like a sign of appreciation.

Unless extremely hungry, guinea pigs never chew anything in the room. Probably the worst that can happen is for these pets to poop or pee on the floor. However, guinea pigs have a very high capacity to understand, and once it’s evident to them that the behavior is not acceptable, they will usually stop the act.

They know their home and their destinations. Once you build them a house or an enclosure, they will not try to escape or get away from it. Although there are a few who have strong tendencies to wander, you can train these pets to stay within their premises.

Quickly adapts to a new environment. Guinea pigs have such a high level of adaptability. This feature makes it easy for their owners to shift them from one place to another without creating havoc. They make an extra effort to adjust to the changes in their surroundings.

Teach them the basic commands

An essential step is naming your Guinea pig and training them for a few days to respond to this name. Once you complete this first step, you may start with newer tasks and simple commands such as drink, sleep or eat.

Teach them to respond to your call

Hold some food in your hand and ask them to come to you. Once you do this, call your pet and this time, do not offer any food. This way, you will know if they can recognize the difference. They often do.

While holding the food in your hand, encourage them to stand up a few times to reach for the food.

Remember that in training a pet, a lot of patience and a gradual approach is very important.

Although many people regard guinea pigs for their cuteness and gentleness, they often get less credit than they deserve. Beyond the ball of fur is a smart creature capable of learning, interacting, and showing their affection through sounds and actions.

So, the next time you see a guinea pig, know that they are smart creatures capable of learning a lot of new things as long as they get adequate training and guidance.